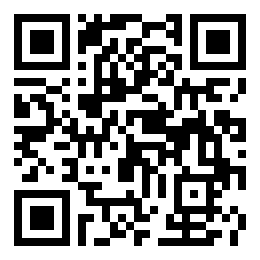 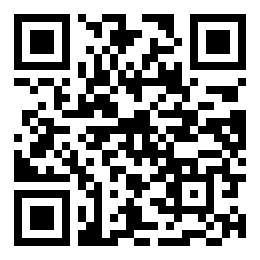 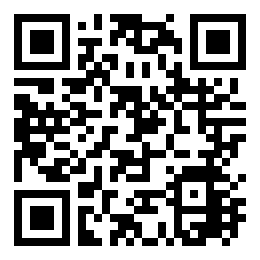 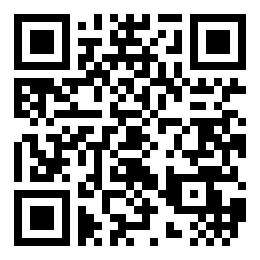 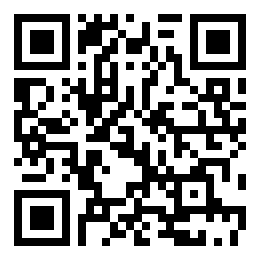 I’m sure you will agree that this has been an interesting and challenging year so far – and even more so for the cannabis South Africa.

The negative impact of the COVID-19 pandemic on our economy can be reversed if government, business and society work collectively to establish a sustainable cannabis industry as one of the interventions.

The rich history of cannabis as a plant, coupled with the indigenous knowledge residing with our kingdoms and villagers in the Western Cape (land of the Khoisan), through the Eastern Cape and all the way to Mpumalanga, presents a tourism route opportunity that can positively impact the tourism Industry which has been affected drastically over the past 7 months.

In 2018, South Africa decriminalized the use, possession, and growth of dagga. This made it, at the time, one of the most lenient countries in the world when it comes to cannabis. The new laws didn’t go so far as to open South Africa to cannabis tourism like the legalization in Canada and select parts of the United States.

In August 2020, a draft law that lays out the details of legal dagga possession in South Africa has now been published ahead of its submission to Parliament.

The publication of the Bill has not been received favorably from South Africans. Not only will it be impossible for the South African Police to manage and oversee, but that it actually goes against the constitutional court ruling of the right to privacy.

It’s been almost 3 years now since SAHPRA released its guidelines and licence application process in November 2017 to cultivate cannabis for medicinal use in South Africa.

To date we are still unclear just how many licences or dagga permits have been issued by SAHPRA or exactly how much the South African economy has benefited from the issuing of these permits ie How much cannabis has been exported and how much money has this product contributed to the country’s GDP?

In October 2019 SAHPRA stated it would no longer be overseeing the issuing of Hemp licences in South Africa and that this task would be overseen by the Department of Agriculture, Forestry and Fisheries (DAFF).

After months of emails and being referred from SAHPRA to DAFF to the DALLRD to SAHPRA to the DOH (Department of Health) back to DAFF and so forth it has now been confirmed that the Department of Agriculture, Land Reform and Rural Development (DALLRD) will now be tasked with issuing Hemp licences in South Africa.

The DALLRD has stated that it is busy working on the application process and will be making an announcement soon.

Unfortunately in South Africa when Government says its working on something and you must just wait for the announcement one has to wonder if this is going to take another two years to be rolled out? So much for taking opportunity of this years planting season.

The South African Government has set the THC limit to a ridiculous amount of no more than 0.2%. To date there is still no such registered cannabis or hemp seeds with DAFF. So the onus is still on the legal cannabis or hemp permit holder to import these seeds from a registered international seedbank along with a phytosanitary certificate which is costly.

One has to wonder what forces are delaying this process of economic stimulation in South Africa?

South Africa’s GDP tanked by a massive 51% this year and if it hadn’t had been for covid-19 the country would have been downgraded even further by the rating agencies and we would not qualify for any loans by the IMF.

In May 2019 the Minister of Health, acting on the recommendations of the South African Health Products Regulatory Authority (SAHPRA), down-scheduled cannabidiol (CBD) to a Schedule 4 substance and, in terms of an exemption notice, wholly descheduled certain CBD-containing preparations and products.

On 22 May, the health minister, again on the recommendations of SAHPRA, published what might be South Africa’s first real beginnings of a clear and consultative canonisation of the cannabis industries in Government Gazette 43347 (Notice R586, to be exact).

Notice R586 not only cements the Schedule 4 status of CBD and descheduled CBD products, but also completely removes the cannabis plant from the Schedules to the Medicines Act, down-schedules tetrahydrocannabinol (THC) to a Schedule 6 substance, and completely deschedules THC when: (a) contained in raw plant material and processed products manufactured from such material, where intended for industrial purposes and not for human or animal ingestion, and containing 0.2% or less of THC; (b) contained in processed products made from cannabis containing at most 0.001% THC; or (c) raw plant material is cultivated, possessed, and consumed by an adult, in private for personal consumption.

While Notice R586 recognises that cannabis contains medicinal and psychoactive compounds, the commercialisation and consumption of which rationally continue to be regulated by medicines and criminal laws, it (in exclusion (a) above) liberates cannabis as a raw agricultural commodity with a depth and variety of industrial applications, namely: as hemp.

It is the minister’s recognition that, to the extent that cannabis has low THC levels and is not for human or animal ingestion, there is no reason to treat it as a medicinal substance.

Just by looking at the size of the CBD market in South Africa we all know beyond doubt that the cannabis and hemp industry has massive potential. According to the TNHA it has been receiving an alarming number of reports from our members relating to millions of Rands worth of inbound shipments of natural health products being impounded by the Port Health Authority at various official points of entry into the country.

Although the medicinal industry reasonably decries the regulatory red tape and associated costs of complying – present and prospective players frustratingly having to bolster their business models and compliance budgets – Notice R586 undoubtedly represents government’s deepening (albeit piecemeal) embrace of the cannabis sector and its potential to promote sustainable employment, foreign investment and GDP growth.

So why is Government stalling? Why has SAHPRA not been forthcoming with just how many pending cannabis licence applications there are and how many such legal cannabis permits have been issued to date? Why is the DALLRD been tasked with overseeing an industry it knows nothing about? How long will it take for the DALLRD to begin issuing Hemp permits to South Africans?

South Africa calls on the Government to stop stalling this lucrative industry and immediately begin issuing Hemp licences and expedite the cannabis application process.  It should also amend SAHPRA’s guidelines to make it possible for small to medium sized cannabis companies to enter this space which at the moment is solely reserved for people with political clout or the capital required to meet SAHPRA’s guidelines – which were poorly thought out and monitored.

The South African Government should have taken bold steps in 2016 already to legitimize the cannabis and hemp industry which would have seen us get off to a good start. Instead here we are at the end of 2020 with no major milestones met or any clear cut understanding on how South Africa is going to benefit from the cannabis industry.

The national drug master plan published in June states that cannabis is currently the most widely used illicit drug in South Africa, with an estimated 3.65% of the population (between the ages of 15-64) using some form of the drug.

The data shows that its use is widespread amongst all age and income groups and that various forms of the drug are popular for different reasons.

It’s common knowledge that there is a big focus on the cultivation of Hemp in particularly the Eastern Cape.  The challenge and imperative of decriminalising and properly economically liberating the many largely disenfranchised rural communities who have been cultivating for generations, if not centuries, is a major one, which stakeholders and civil society need to ensure form an integral part of all cannabis policies and laws that are presently taking shape in South Africa.

To date there have been a few Research and Development projects but the results, particularly the THC levels have been withheld from the pubic.

In November 2019 we advised that the best strategy going forward was to involve the private sector and allow everyone an opportunity to benefit from this industry and we still believe that this is the only true clear path forward.

Furthermore, by developing these cannabis or hemp farms, government will also get the opportunity to test the practicality of their land reform legislation.

Cannabis is the green gold that requires implementation of a thorough and properly coordinated strategy by all stakeholders in the arena of economic development.

The so-called ‘recreational sector’, as a taxable revenue stream, remains, strictly speaking, illegal. But adult South Africans do have their constitutional right to privacy, which, since the Prince case, includes the right to personally and privately cultivate, possess, use and consume their own cannabis. There are also many interesting cannabis club models  popping up around the country with a thus far untested legitimacy.

While buying and selling cannabis is illegal, there is a possibility that full legalization is around the corner. South Africa’s finance minister, Tito Mboweni, regularly updates his 10,000 Twitter followers about his giant pot plant, and is a firm proponent of full legalization.

With South Africa entering its second recession in a decade, and Prohibition Partners valuing the country’s cannabis market at 27 billion South African rands ($1.6 billion) by 2023, the tax revenue the South African government can claim from the plant could fast track its full legalization.

One reason this process is taking so long may be because we are waiting on the expected World Health Organization (WHO) decision on cannabis this December.

Whatever the case to truly unlock the potential of this industry, Government needs to appoint local professionals to advise it on the best way forward. By doing this South Africans would benefit from a cannabis industry that will explode as soon as it meets with its source of ignition, the removal of the red tap by Government and corporate South Africa.

As soon as this happens there will be massive foreign investment into the cannabis and hemp industry.

Let the cannabis and hemp industry be part of the solution to free our people from the wickedness of the past and the current unemployment, inequality, poverty and diseases which are destroying this beautiful country.

If you are wanting to know how to get a hemp license in South Africa or a permit to cultivate cannabis for export then consider making use of our cannabis consulting service.